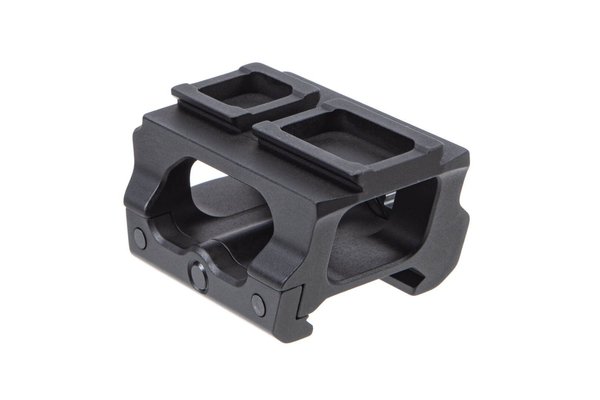 During its development, the Leap mount was subjected to dozens of stress tests before a single prototype was ever made. Finite Element Analysis (FEA) helped extract every bit of performance from every gram of material. This cutting edge design process has resulted in the most efficient mount design possible.

Today, the Leap mount features an even stronger base with a forward lean to provide more room for magnifiers, and chamfered side pockets for improved thumbscrew access. The re-designed clamp has discreet hardened steel pins and a stopper to indicate when it's sufficiently open to clear a Picatinny rail.